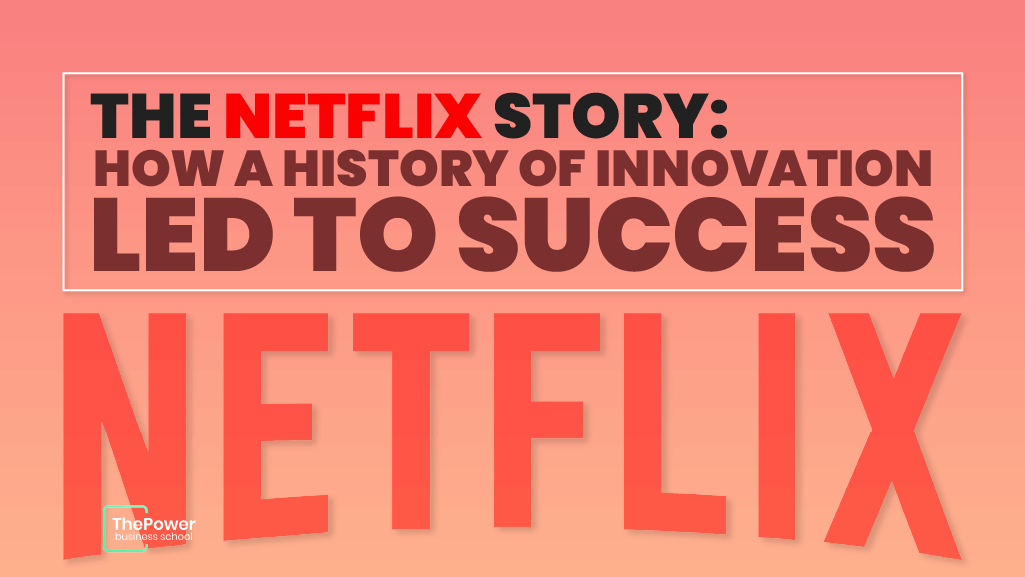 What’s the first thing that comes to mind when you think of Netflix?

I’d wager it’s a global streaming platform that you log into on an (almost) daily basis to watch movies, series, and documentaries.

And with 208 million subscribers, a presence in more than 190 countries, and close to 100 million hours of daily streaming content…why wouldn’t you? It’s arguably the most popular content platform in the world.

But funnily enough, the Netflix of now and the one founded in 1998 are very, very different.

Today we’ll draw back those showtime curtains to reveal the true secrets behind its success and some of the pivotal turning points in its history.

What are the keys to Netflix’s success? What will we learn from this experience? You’ll have to read on to find out…

When wiping the dust from the Netflix history textbook, we’ll see that it’s divided into four defining periods, each marked by important decisions, marketplace changes, and consumer evolution.

Chapter 1 – The Launch of Netflix

Netflix was founded on August 29, 1997, by Marc Randolph and Reed Hastings. The idea for the business began to take shape after Hastings rented Apolo 13 from Blockbuster – the video rental powerhouse at the time.

After returning the rented movie a few days late, he had to pay a $40 penalty.

Which got him thinking…there has to be a better model out there for buying and renting movies?

Back then, the internet was really still in its infancy. People had just started to buy and sell products online. But, Randolph and Hastings were somewhat familiar with the space (being impressed how Amazon leveraged the internet in selling books) and were supremely confident in its potential.

If it works for books, why not for DVDs?

So they gave it a shot.

They set up a website where people could browse and order and Netflix would post them to their door. Once they were done, they would simply post the DVDs back to Netflix.

However, at that time Netflix had many detractors. Practically everyone told them it wouldn’t work. And the truth is, they had a point. Here’s why:

Still, Randolph and Hastings were confident it would work.

While they replicated a more inefficient rental model, they HAD moved this experience online – something nobody had attempted before.

It’s very easy to look back and criticize their mistakes with everything we know today…but the truth is, that before the year 2000, the mere fact of being able to rent DVDs was revolutionary.

OK, so it was clear the standard rental model wasn’t a long-term option. So what could work? How could they monetize this online rental business?

And then it suddenly clicked.

Sat there surrounded by hundreds of DVDs, the founders asked themselves…

“Why do we keep these DVDs stored here, unused and useless? Why don’t we find a way for customers to keep them at home? That way at least someone is getting use out of them.

So they decided to let customers keep the rented DVDs for as long as they liked. When they were done, they would return it in exchange for a different movie.

To make this process even smoother, the founders studied their customers’ tastes and crafted a personalized list of the movies they’d potentially be interested in. That way, when customers returned their DVD it would be replaced almost instantly.

And that’s how Netflix went from an “a la carte” model – where customers paid $4 for each individual movie rented – to a subscription model, where they paid a monthly fee for unlimited access.

And you know what? It worked.

But of course, with such a dramatic shift in their business model, there were several teething problems to overcome 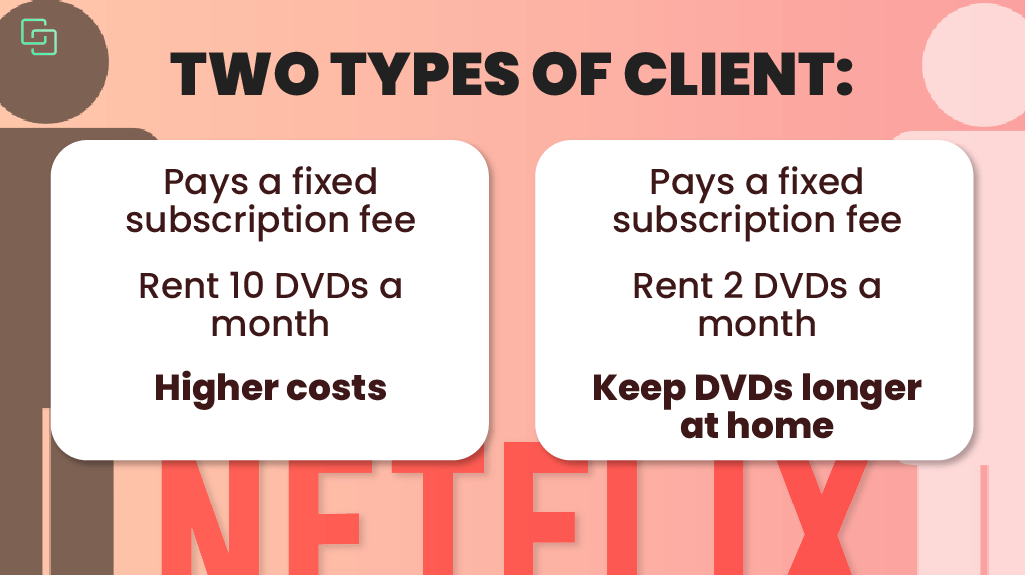 This was definitely a pivotal moment in Netflix’s history. They couldn’t continue dipping their hands into the money well yet their customer growth was skyrocketing.

So the only solution was to sell the company…

They had to find someone more financially capable, who could take advantage of all this growth while absorbing the up-front costs.

Indeed Randolph and Hastings offered it to them…but CEO John Antioco famously laughed them away.

The rest, they say, is history…

Despite the rapid change the company had been to up until this point, we are a far cry from the Netflix that we know and love today.

However, DVDs are a digital medium. People were starting to figure out how to download and upload movies to the internet. Netflix was fully aware of what was going on – they knew a change was imminent.

This was without a doubt another pivotal moment in the company’s history, for two reasons:

And when we say not a reality, we mean completely unfeasible:

However, Randolph and Hastings knew they must adapt the organization to meet the demands of this changing business landscape.

For this reason, they focused on the customer experience – developing their own algorithm to better understand the individual tastes and differentiate themselves from potential competitors.

When streaming did become a reality in 2007, Netflix had two fundamental strengths:

Netflix made its way into the world of streaming by buying licenses to material from other producers. While they were the first to do it – and enjoyed an enormous amount of success during the early streaming days – other companies soon began to get in on the act.

With the marketplace beginning to boom, content producers began to ask themselves:

“Why are we signing these exclusive rights deals with Netflix?”

For the first time since 2007, there was now no standout reason to specifically subscribe to Netflix.

What was Netflix to do? How could they wrestle back an advantage they’d held for so long?

This way, once they had made the initial investment for production, they could control its distribution across different markets.

Now Netflix has gone from being a software company to a true media and entertainment powerhouse. 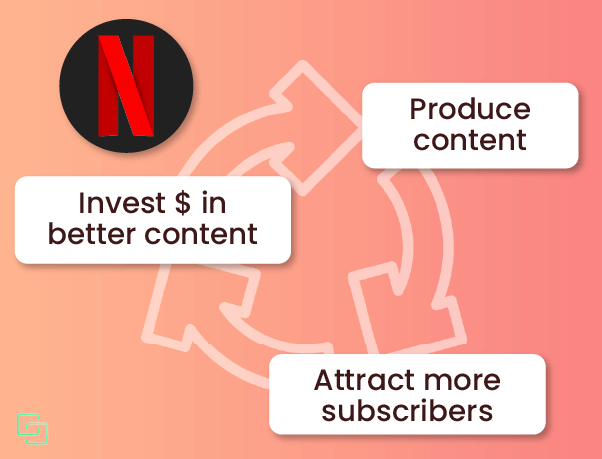 The 4 Keys Behind Netflix’s Success

After this pretty extensive analysis of Netflix history, let’s see what we can learn from their experience!

As you may have noticed throughout their journey, one of the primary reasons for Randolph and Hastings being so successful is their ability to adapt to their environment.

Undoubtedly, the basis of all its success has been to define an unparalleled business model.

Let’s analyze it with the Business Model Canvas tool. 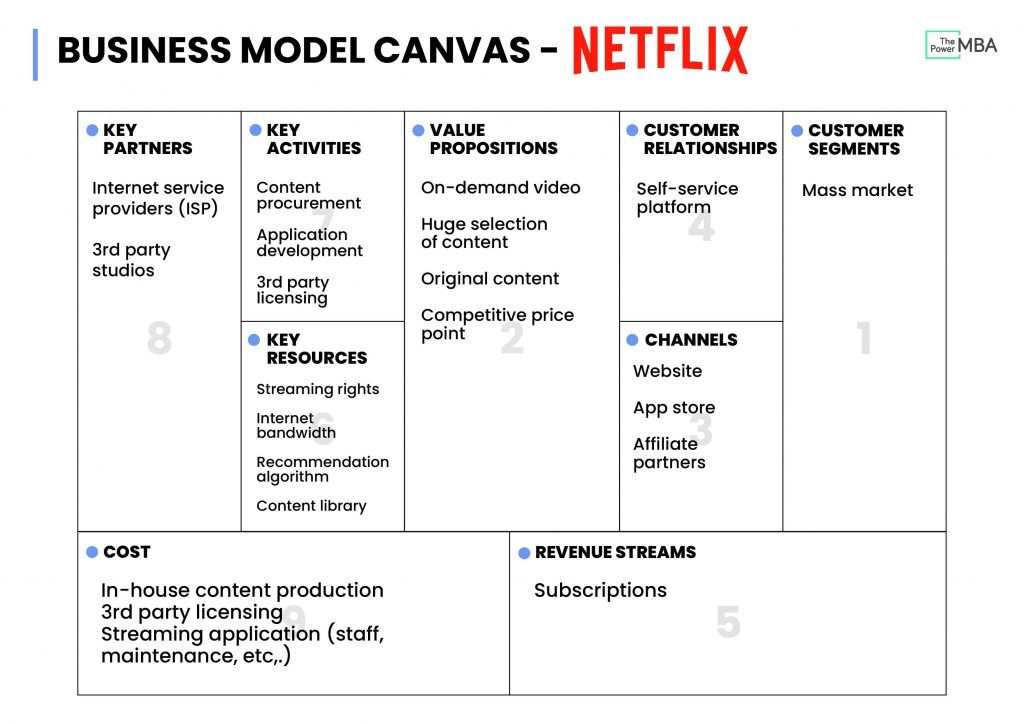 The first block of the Business Canvas Model is about understanding who the most important customers you’re delivering value to.

For Netflix, that is literally anyone interested in streaming content. Therefore, their customer segment can be defined as a “mass market”.

As mentioned earlier, they also produce high-quality, original content to differentiate themselves from their competitors.

The next step is to ask yourself how you are reaching your customers, and through which channels?

Consumers can access Netflix through their TV, mobile, or any other device with an internet connection and streaming capabilities.

Once you have acquired customers, you will need to think about how you can build, nurture, and grow those relationships.

Netflix is very much a self-automated service – you download the app, select the program you wish to watch, and hit play.

This segment of the Business Model Canvas probably doesn’t need much of an explanation.

Netflix generates money from the different tiers and packages put together in their subscription services.

This varies depending on the region to account for local markets, but on the whole, it’s sold at a low price point.

Next, it’s time to look at what’s required internally to deliver on your UVP.

Also – as we touched upon it earlier – to differentiate from their competitors Randolph and Hastings developed an algorithm to help serve-up relevant content for viewers. It’s a critical factor in them maintaining a competitive advantage so needs to be added here.

And something you may not have considered – bandwidth. It’s critical in allowing streamers to view their content.

The next step is to define the key activities – the areas you need to be good at to create value for your customers.

In Netflix’s case, this includes the original content produced in-house, the ability to secure streaming rights from 3rd party producers, and finally, a fast, easy-to-use application to host their online streaming service.

You can’t go it alone! Strategic partnerships need to be built with other brands for your business to be a success

Seeing as Netflix’s entire business model is largely based around streaming 3rd party content, a key partner of theirs must be production studios. No content, no Netflix!

Finally, what are the biggest expenditures from running the business?

In Netflix’s case, it would be the cost of securing 3rd party content, their own productions, platform maintenance, and the traditional staff costs.

Netflix is ​​a clear example of how to leverage technology and data to offer an industry-leading experience to their customers.

Some of the ways they’ve big data and analytics include:

As it is for every brand, the pricing strategy can determine whether or not the business will be a success or failure.

Determining how much customers should pay for your products or services isn’t easy. Try to compete too fiercely over price with your competitors and you risk bleeding the company dry. Conversely, ramp the prices up too high and you risk having no customers at all!

The fact is, most businesses are required to compete over price, as finding a way to gain a financial advantage requires real vision.

Fortunately for Netflix, this is something entwined with their DNA.

When the platform announced the largest price increase in its entire history (between 13%-18%), the company’s shares rose by 7%.

How did they achieve this?

If you’ve read other articles on ThePower Business School blog you’ll know we talk about how the most important asset of any company is its human capital – something Netflix also agrees with.

It’s no surprise therefore to see them rank consistently as one of “the best companies to work for”.

And here are some of the reasons why:

Without a doubt, Netflix is ​​a great example of how a small, streaming platform was able to challenge the big Hollywood studios.

Who would have guessed that during their early DVD rental days?

Marc Randolph himself explains in this masterclass how Netflix went from its humble beginnings to radically transform their business model and become the powerhouse they are today. 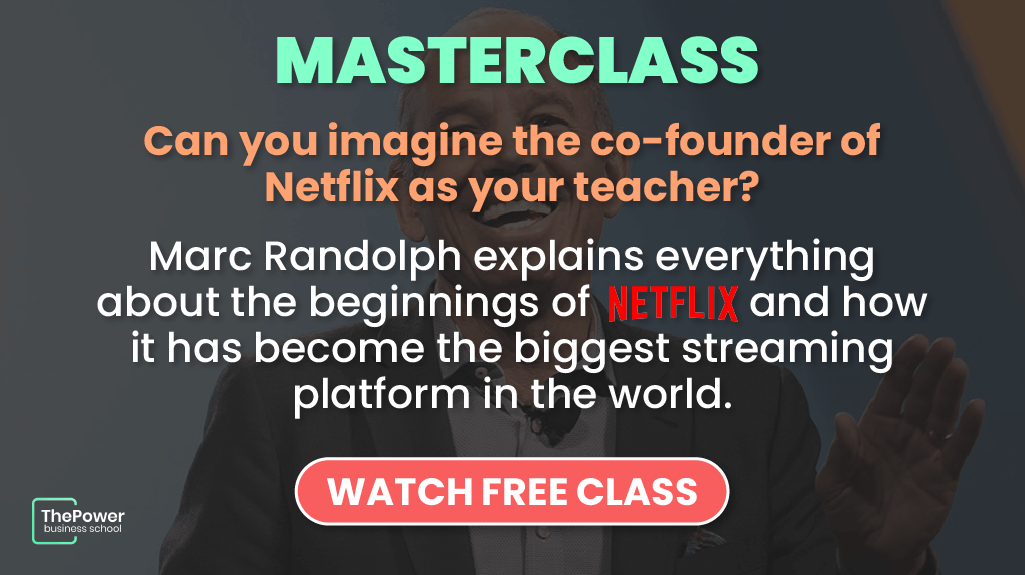 WATCH FREE CLASSES
JOIN THE WAITLIST
← Prev: ThePowerMBA Evolves! Everything You Need To Know About our New Corporate Identity Next: Churn rate impact on SAAS → 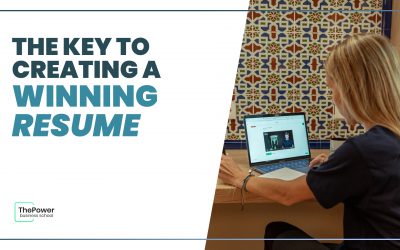 Skills you can’t miss to stand out in your resume

Nowadays, with the advances in digital technology, in an environment of constant change and transformation, it is... 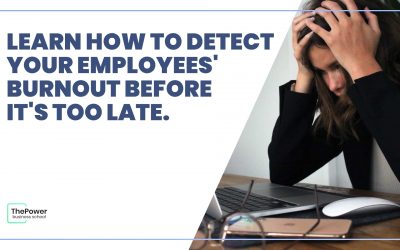 What are the symptoms of burnout and how to treat them

Every leader's dream is that their team members find themselves in a state of creativity, motivated to do their... 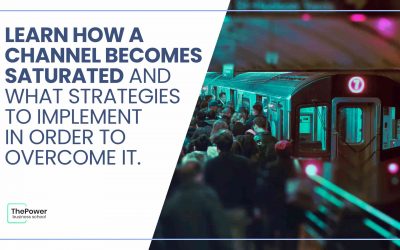 What is Channel saturation in PPC?

We live a life in which we're constantly exposed to content and advertisements. Think for a second how long you can...