20 Pros and Cons of Crowdfunding 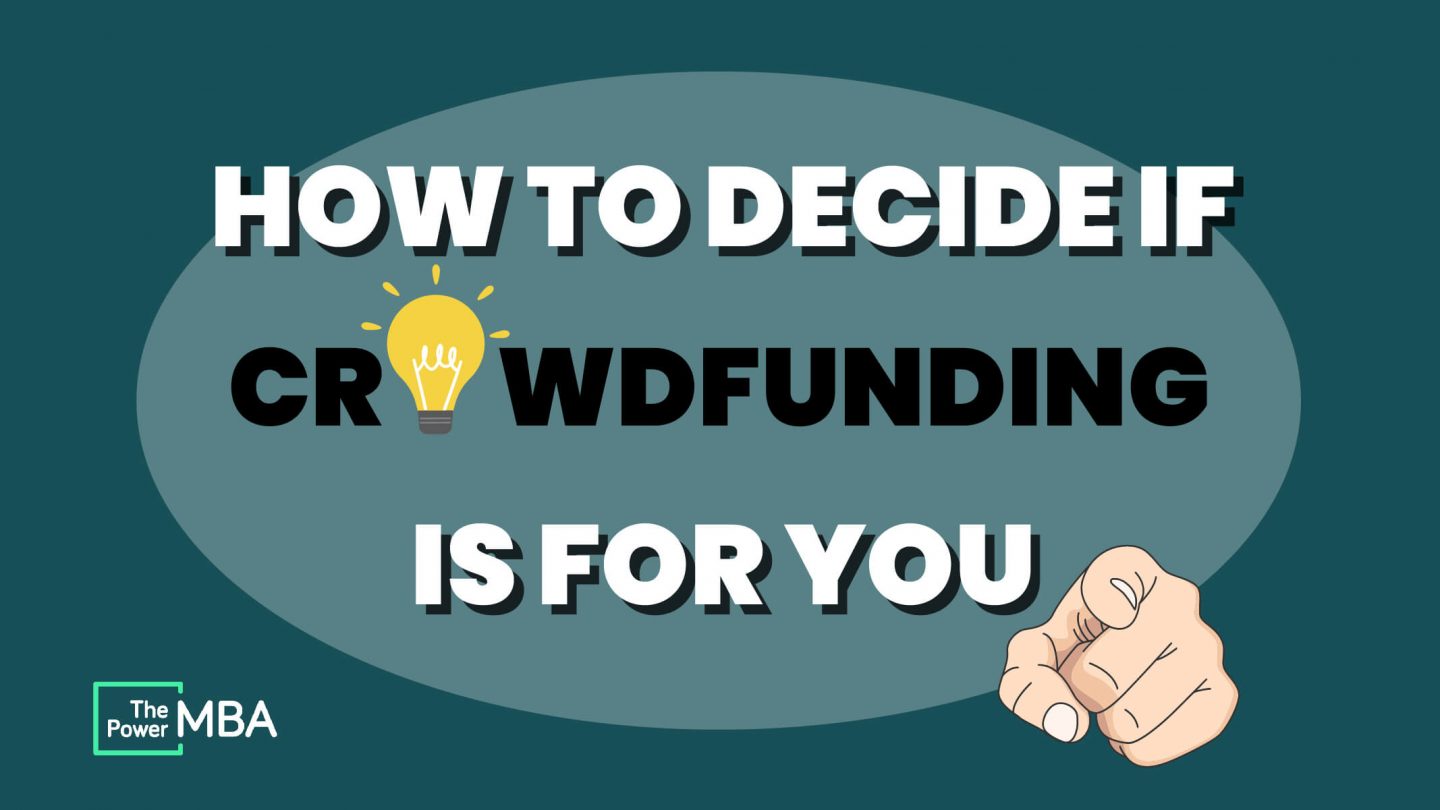 Blog » 20 Pros and Cons of Crowdfunding

So you’ve come up with a brilliant idea. Maybe even managed to get an initial prototype into customers’ hands using something like the Lean Startup Method.

The feedback’s been positive, the idea’s been validated, and it’s time to ramp things up.

However, there’s a slight problem…

To scale production, resources, and expand into new markets you’re going to need some outside funding.

Until recently, the only options available to you were applying for grants, asking family members, friends, or diving deep into your savings before finally resorting to bank loans.

But thanks to the arrival of the internet you now have a new option:

Crowdfunding can be best described as:

“A capital procurement strategy that raises small amounts of funds from a large group of people, through an online platform”

Essentially, the process of raising money from multiple people to fund a venture – not a singular financial institution.

How does Crowdfunding Work?

As we’ve just established, crowdfunding works by having a large number of people contribute financially to a business project, typically through an online platform.

Hence the “crowd” in crowdfunding.

For investors to assess your idea, you’ll need to think about:

There are several crowdfunding platforms available to entrepreneurs. Some of the most popular being:

Each platform tends to specialize in a particular area of crowdfunding (equity crowdfunding, non-profits, business loans, etc.) so be sure to investigate which aligns best with your goals before settling on a provider.

Right, let’s get stuck into some of the benefits of raising money through a crowdfunding campaign.

First up is convenience.

The internet allows us to set up a crowdfunding campaign whenever, or wherever we might be. Also, the platforms provide immediate access to a fast-growing community eager to back new ventures.

This takes away a lot of the legwork typically associated with finding backers. Now I’m not saying it’s easy, just a little more convenient.

Crowdfunding offers a great alternative to the conventional route through bank lending.

It’s no secret that securing bank credit can be difficult for SMBs and Startups. They pose a risk many traditional banks are often unwilling to take.

And even if you do secure a loan, it’s unlikely to be done in favorable circumstances.

Unlike banks, crowdfunding campaigns provide access to various forms of donation, as well as interest-free loans, and other forms of funding.

With their increasing popularity and online accessibility, more and more people are signing up for crowdfunding platforms.

As with most things in life, the more demand there is the higher supply. This has led to several crowdfunding platforms branching out and specializing in certain niches.

This means entrepreneurs can choose from a wide range of platforms, with different specializations, fees, incentives, and communities.

One of the drawbacks of traditional funding through venture capital firms or angel investors is that entrepreneurs lose control over the company’s decisions.

This is to be expected, I guess, as they are after all betting their capital against the success of your business. It’s reasonable they should have some say about the direction it’s headed.

Crowdfunding on the other hand is different. Business owners aren’t required to surrender such rights.

While they might want to listen to supporters, entrepreneurs remain firmly in the driving seat.

This leaves SMBs in a tight spot. If they can’t raise money through the normal channels, where then do they turn?

They fill the “capital gap” left by the financial institutions and private investors by connecting SMBs to the general public.

Driving investment into a Startup requires momentum. People need to see and hear other people talking about seriously investing in your company before they’ll consider it themselves.

We’re just like sheep, you see. Always flocking in the general direction of the herd.

Crowdfunding platforms give entrepreneurs a platform to show people just how interesting their venture idea is.

“Look at why “X” amount of people have already invested – you should, too”

People are more comfortable investing if they see like-minded people have done so already.

One of the biggest advantages of crowdfunding is the chance to test the marketability of an idea.

The whole system works by encouraging a large number of people to dedicate their time, assess an idea, and ultimately, make an investment.

If funding is achieved within the allotted time, there’s a fair chance that the business idea or model will succeed on a much wider scale.

It’s a great way to gauge its success before formally launching.

While crowdfunding platforms don’t actively hunt down private investors for you, what they do is give you access to a powerful network of enthusiasts.

What’s more, the most actively funded campaigns tend to attract a lot of attention. Not just from investors, but featured newsletters often reach social media, trade media, and if you’re lucky, national media, too.

This helps increase the reach of your crowdfunding campaign.

A successful crowdfunding campaign can lay the foundations for any future projects you might have in mind.

The SMB accounting company raised over £2.4m in its latest crowdfund– beating its target by 350%.

This was largely due to the success of an earlier crowdfunding campaign, run in 2018.

After building a network of engaged supporters, entrepreneurs will find it easier to build momentum should they decide to seek future investment.

Another advantage of crowdfunding is that it allows entrepreneurs to test the waters without putting themselves at financial risk.

If it becomes clear there is none, entrepreneurs can reduce investments in inventory, marketing, new hires, etc. until any underlying issues have been dealt with.

There are two sides to every coin, and so it is with crowdfunding.

Make sure to go through our list of negatives of crowdfunding before deciding whether this is a viable option for you.

One downside to crowdfunding is the inability to make alterations to a campaign once it’s launched.

This means the description, Ts & Cs, and allotted completion time cannot be changed.

If entrepreneurs are forced to make changes to the campaign, they could find the project null and void and be required to give investors a refund.

So be 100% clear on all aspects of the project before launching.

Another common downside seen in crowdfunded campaigns is conclusions based on false-negative results.

This is particularly true when looking at idea validation.

For example, entrepreneurs could falsely conclude that the project failed because the product didn’t meet a market need.

However, in truth, its failure was largely down to poor marketing and a lack of understanding of what the product did.

It does meet a market need – but just needs to be “marketed” a little better.

Many entrepreneurs fail to appreciate the time, effort, and planning a successful crowdfunding campaign requires.

This is all SOP (standard operating procedure) and a plan needs to be put in place (and documented) before a campaign launch.

If not, entrepreneurs risk alienating their community and coming across as unprofessional and ill-prepared.

This is more of a warning than a negative, but entrepreneurs need to consider the administrative and accounting challenges they’ll face.

While a lot of the legwork is taken upon the platform, it’s still up to the campaign creator to ensure accurate tracking or rewards, investors, contributions, the number of shareholders, etc.

Not only that, but an updated book need to be kept to ensure each investor receives their fair share of profits once equity is released.

Regular communication with investors will also be required (typically from the CEO) so an efficient system needs to be put in place.

Entrepreneurs are incredibly vulnerable to copycats swooping in, stealing their ideas, and taking them to other investors or corporations.

This is largely down to a lack of knowledge of how to protect their intellectual property but also resources to effectively defend them in court.

It’s not common to see the same success for B2B (business-to-business) ventures.

This is largely down to the investment community. When they see a product that has a clear, tangible impact on consumers they can immediately identify with it. Its purpose is clear and they’re more willing to invest.

Services and other forms of non-consumer ventures are more difficult to interpret, and their value unclear.

Now, this is a negative for investors, rather than entrepreneurs, but I think it warrants mentioning.

The relative newness of crowdfunding and loosening of regulatory requirements for SMBs can open up investors to fraud.

Businesses could attempt to mask their campaign (with reduced requirements of full public disclosures) and cover up their actual financial situation.

It’s also not unheard of for companies to use crowdfunding campaigns as a front, before pocketing the funds and leaving investors in the wind.

Not everybody is keen on opening up financial and other sensitive information to the public. However, if an entrepreneur is looking to raise funding through one of these platforms, investors are going to need access to this material to make informed decisions.

This isn’t for everybody, so think carefully before committing to a campaign.

All crowdfunding platforms take a percentage of your overall investment. Crowdcube and Kickstarter both take a 5% cut, for example.

Make sure to evaluate all hidden feeds (including those charged by credit card companies) before electing a crowdfunding platform.

One of the drawbacks to crowdfunding campaigns is that you have to wait until the allotted time is up before receiving the funds.

Depending on the duration of the campaign this could be anywhere between 60-90 days – so definitely worth taking into consideration.

I’ve Read The Pros and Cons of Crowdfunding, But is it For Me?

Right, I know that was a lot to go through but hopefully, it’s given you a balanced view of crowdfunding.

However, if you’re still unsure whether or not crowdfunding is for you, try considering the following questions:

If you can confidently answer these five questions, with a detailed response to each one, then congratulations!

If you’re looking to successfully launch a business but feel you lack the knowledge, tools, or network to do so, then perhaps it’s worth taking a look at ThePowerMBA.

What is a PESTLE Analysis? Understanding Macro-Environmental Factors

Every business is subject to its macro-environmental factors. That is to say, external factors outside of a business’s... 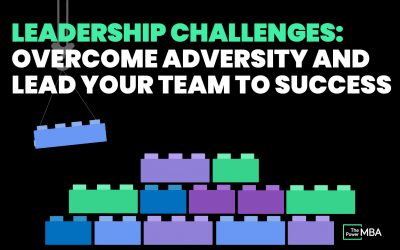 Not long ago I remember reading a paper by the late pioneer of leadership psychology, Warren Bennis, about leadership... 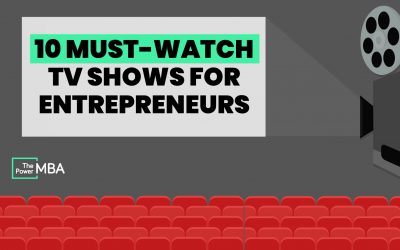 With many of our students commenting that ThePowerMBA’s 15-min daily lectures are “as addictive as watching a Netflix...