Entrepreneurship versus Intrapreneurship: What’s The Difference? 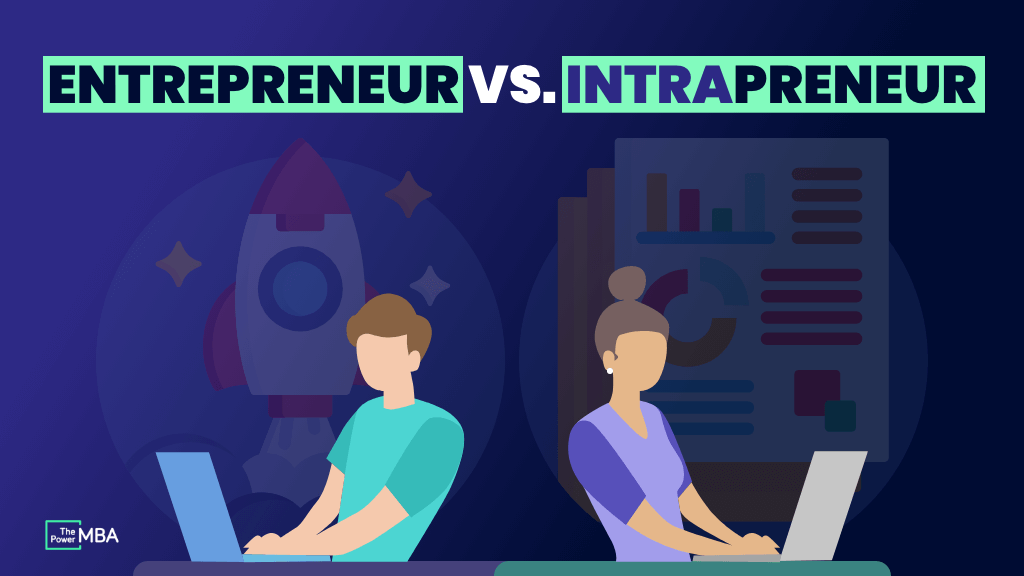 This is a question we often get asked by our students…

“What is the difference between entrepreneurship versus intrapreneurship?”

In short, intrapreneurs work within an organization whereas entrepreneurs found, build, and grow their own organization.

Both require entrepreneurial thinking – identifying opportunities and uncovering the most effective strategies to capitalize on them – they’re just manifested slightly differently.

There’s a lot more to it than that, of course, which we are going to explore throughout this post. 😉

By the end of reading, you’ll be able to identify what is an entrepreneur, what is an intrapreneur, the advantages, and disadvantages of both, as well as some famous examples from both sides of the fence. 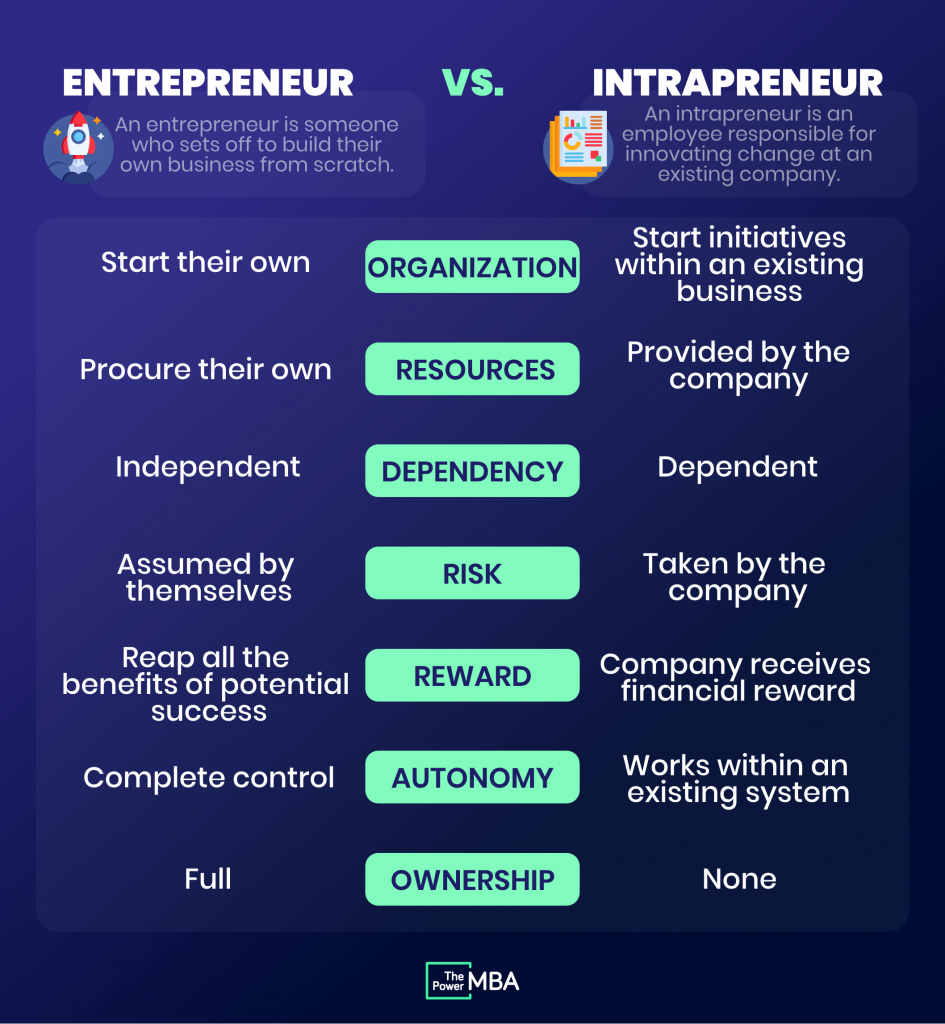 What is an Entrepreneur?

An entrepreneur is someone who sets off to build their own business from scratch.

The business can be based around an original idea, something so unique that it competes in a blue ocean – an uncontested market space free from competitors. Or it can be an iteration of an existing idea or concept, a new product entering a fiercely competitive red ocean market space.

Entrepreneurship in itself is defined by the inherent risk founders take on when starting their venture.

If all goes to plan, entrepreneurs are often rewarded handsomely for their efforts – topping the pyramid of a large, successful organization.

On the other hand, if the venture fails, entrepreneurs assume all the risk and can find themselves laden with debt (as 90% of startups do…)

However, it’s not all doom and gloom! There are several ways entrepreneurs can mitigate risk exposure, by implementing strategies such as Eric Ries’s Lean Startup Methodology.

What is an Intrapreneur?

An intrapreneur is an employee responsible for innovating change at an existing company. A sort of entrepreneur within the business.

They are typically assigned projects with significant potential impact on the company’s future success, with full access to all available resources, finance, and personnel.

Of course, the major difference here between an intrapreneur and an entrepreneur is risk.

The organization for which the intrapreneur works absorbs all associated costs and potential fallout, whereas an entrepreneur would take that hit themselves.

Shared Traits Between Entrepreneurs and Intrapreneurs

Both have to drive and innovate change at their respective organizations (while under very different circumstances) meaning there are a lot of shared traits between the two.

Entrepreneurs and intrapreneurs must be dogged and persistent in everything they do.

Starting a new business venture or breaking down the barriers to digital transformation within an organization are not easy tasks. Most people are innately resistant to change.

Why should they reevaluate a process that’s worked perfectly fine up until now? How exactly is it going to help the business? Sounds like a load of **** to me…

Coming up against these challenges is hard, especially when it seems like the entire world is against you.

But entrepreneurs and intrapreneurs don’t have the luxury of giving up!

When the going gets tough they must get the bit between their teeth, put their head down, and keep grinding. Persistence will be rewarded in the end.

The idea or project may be yours, but it’s going to require the combined efforts of a dedicated team to come to fruition. This is both true for intrapreneurs and entrepreneurs.

Getting the most from your team means focusing on clear communication, feedback, and how best to motivate each individual member.

A great resource for entrepreneurs and intrapreneurs are the 5 Ps of Leadership:

If you’re new to a leadership role, I 100% recommend you check the above article out for creating a thriving culture within your team (and by extension, workplace).

This trait goes hand in hand with persistence.

Many entrepreneurs and intrapreneurs have dedicated hours to incredibly detailed projects or business plans, built teams, and eventually started working on their idea.

However, as the saying goes…

“no good plan survives the first contact with the enemy”

If we change “enemy” for “customer” we can quickly see why being adaptable is a key trait in entrepreneurship and intrapreneurship.

No matter how great your ideas, leadership, and organization skills are, you will inevitably find yourself faced with challenges and roadblocks every step of the way.

The ability to adapt and pivot (hello Lean Startup fans!) based on feedback from the field is crucial in ensuring a project or venture is successful.

And finally, it goes without saying, entrepreneurs and intrapreneurs must be blessed with a natural touch of creativity and innovation.

As we mentioned previously, that innovation doesn’t necessarily need to manifest into a completely original idea. Some of the best success stories we analyze in our online business program come from people who’ve found a way to make an existing product, better.

There are also some fantastic tools to help you analyze the macro-environmental factors affecting your business, find opportunities for product growth, and identify how to capitalize on competitor weaknesses.

Just a couple off the top of my head are:

Again, make sure to check these resources out before diving headfirst into your project.

The Advantages of Being an Entrepreneur

There’s no right or wrong answer to the question:

“What’s better, to be an entrepreneur or an intrapreneur?”

They come with their own advantages and disadvantages, which we’ll quickly breeze through now to help you decide for yourself – starting off with entrepreneurs.

Many professionals begrudge the traditional office routine or the “9-to-5 grind” as it’s more commonly called.

Well, if you’re an entrepreneur you’re bound by no man my friend!

You can break the mold and forge out a work schedule that works best for you. If you’re a morning person, start early. If you’re more of a night owl and get the lion’s share done under the stars, then start a bit later.

As an entrepreneur, the choice is yours.

It’s not just the fact you don’t have to work for anybody else, but there’s a deeper feeling involved. Something extremely fulfilling and self-satisfying about taking an idea, building it into a startup, and then transforming it into a successful organization.

A feeling that simply can’t be replicated while working at a company.

If waking up not knowing how the entire day is going to pan out is your idea of fun, then entrepreneurship is probably for you.

You could be meeting with potential investors, dealing with new partners, signing off on a new product, hiring members to build your new team, interviewing potential customers, etc.

There’s so much variance when it comes to running your own business that the monotony of the “9-to-5 grind” will be a thing of the past…you can be sure of that!

The Advantages of Being an Intrapreneur

Now let’s hop to the inside of an organization to look at the benefits of being an intrapreneur.

For those that want a bit more stability in their lives, intrapreneurship is definitely more your cup of tea.

In exchange for some of the freedom and ownership you gain as an entrepreneur, intrapreneurs receive a steady paycheck with an opportunity to continue working on innovative projects.

Job security is also guaranteed (as long as you continue to hit targets!) which brings us nicely onto our next point.

As an intrapreneur, you are sheltered from the inherent risk new projects and ventures bring.

When your company tries something avant-garde and it fails, it’s not a big issue. Other areas of the business will be able to offset any accrued costs.

That’s great for you, as you still have an element of creative freedom to try new ideas and innovative projects without that necessarily hanging over your head.

Of course, you don’t what it to fail! But the consequences are far less severe than they would be for entrepreneurs.

While you might not have the same freedoms and “lucrative” financial payoff, there’s still a lot to be said for the potential perks, leverage, and salaries intrapreneurs can demand.

A successful intrapreneur is one of the most valuable employees of a business. Their ideas can lead to billions of dollars in revenue.

So with that said, let’s highlight a couple of examples you may not have been familiar with.

The most famous example of intrapreneurship success is undoubtedly Google.

“spend 20% of their time working on what they think will most benefit Google”.

Fate would have it that the vast majority of its successful products started life as ideas brought to the table internally by staff through the 20% Project.

For example, Gmail was created by the developer Paul Buchheit on his 20% time. His colleague, Susan Wojcicki, created AdWords and developer Krishna Bharat created Google News – again, all thanks to this internal intrapreneurship project.

Another company to trial and implement the 20% intrapreneurship time scheme was software giant Atlassian.

The creators of the well-known organizational tools Jira and Trello trialed the scheme and, after six months, noticed major improvements to their product offerings, including the aforementioned Jira, Bamboo, and Confluence.

How can I Become a Better Entrepreneur or Intrapreneur?

Did you know that Facebook wasn’t the first social media company, and Henry Ford didn’t build the first car…

So why is it, then, they went on to be the undisputed leaders within their respective fields?

Because as Eric Ries, the author of The Lean Startup puts it:

“Those who were able to learn faster, overtake those that went first. Speed and ability to learn are the foundation of 21st-century entrepreneurship”

If you want to launch a successful new business (entrepreneur) or ensure your slightly leftfield product launch is a hit (intrapreneur) then you have to test your prototype idea over, and over again.

This MVP (minimum viable product) cycle is the BEST way to minimize risk, reduce expenses, and give your project the highest chance at success.

Well, the author and founder of this methodology actually teaches a specific course of our online business program on the subject.

So if you’re looking to get your own business venture off the ground or maximize the chances of success for your next project, I highly recommend you check it out. 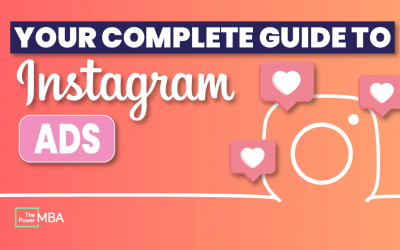 With roughly one billion people logging into Instagram every month, the photo-sharing app sits among the top social... 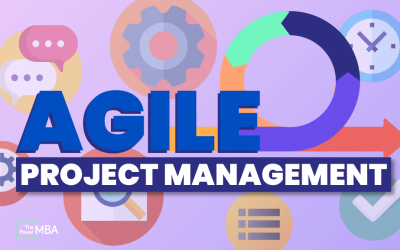 Seeing as you’ve landed on this post, I’m assuming you’re new to project... 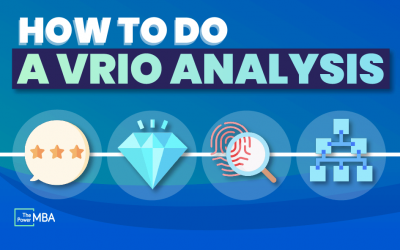 Typically, when a business wants to locate sources for a sustained competitive advantage they’ve got two options. It...